Climate change and environmental sustainability have been hot global issues in recent decades.

The 2015 Paris Agreement set a target for 196 countries to achieve net-zero carbon emissions by 2050, in order to limit the rise in global temperatures to no more than 1.5C above pre-industrial levels.

For the travel industry, the UN’s World Tourism Organization, with 156 member countries, has been promoting responsible, sustainable and universally accessible tourism to achieve its 2030 agenda for sustainable development.

As tourism contributed more than 10% of global GDP in 2019, stakeholders in the sector — both public and private — are working towards the new sustainability trend to accommodate travellers, including those in Thailand.

“Responsible or sustainable tourism is not a trend, it is a must,” said Siripakorn Cheawsamoot, deputy governor of the Tourism Authority of Thailand (TAT).

He said the TAT is working on a checklist for private companies to ensure they meet sustainability standards. 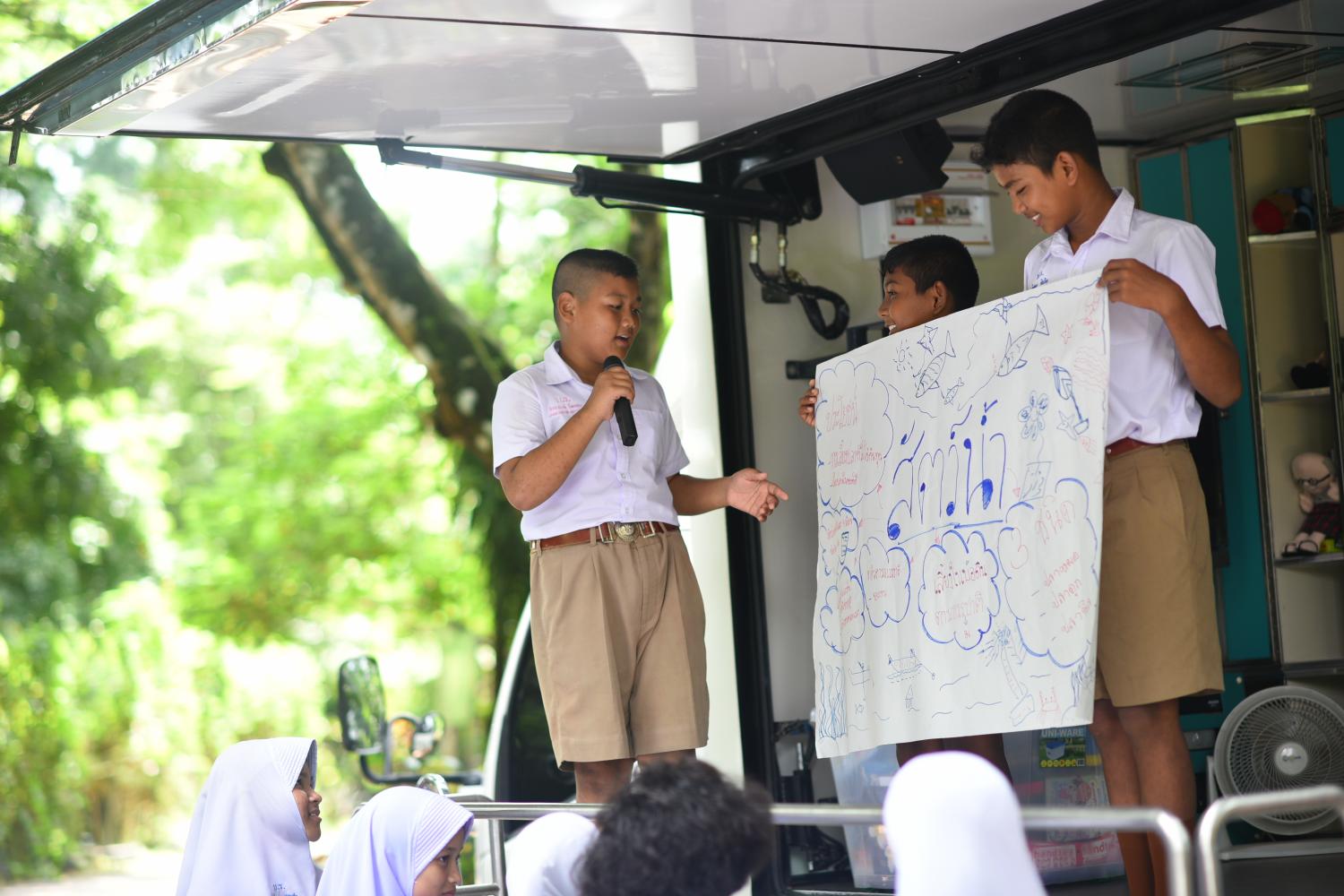 A mobile learning center for young students in Phuket.

Tourism and Sports Minister Phiphat Ratchakitprakarn said earlier he envisions Phangnga province as being a low-carbon destination, part of the “Andaman Go Green” plan that comprises five provinces in the South.

The province also plans to develop Ko Kho Khao, an island in the north of Phangnga, into a “smart sustainable island” to improve the local economy and tourism, while also conserving natural resources and the environment.

Pongsakorn Ketprapakorn, president of the Tourism Council of Phangnga, said business operators are optimistic about the government plan.

Some operators have already implemented green policies on their own, such as plastic waste reduction at hotels.

Mr Pongsakorn said Ko Kho Khao has the potential to become the first Thai island where only electric vehicles (EVs) are allowed, partially thanks to its low population of about 900.

However, he said the island still needs infrastructure to produce clean energy from wind and waves, as well as a bridge to connect it to the mainland.

The province is also preparing EV services from airports in neighboring Phuket, Krabi and Ranong provinces for routes to Phangnga.

Mr Pongsakorn said the tourism council asked the provincial governor for a budget of 1.2 million baht per year to help establish a local bloggers project to promote community and sustainable tourism. Such a scheme would teach local residents how to create their own online content, including on social media, to promote their communities to the outside world, he said.

“The low-carbon policy could add up to 10 billion baht in tourism revenue for Phangnga,” said Mr Pongsakorn. 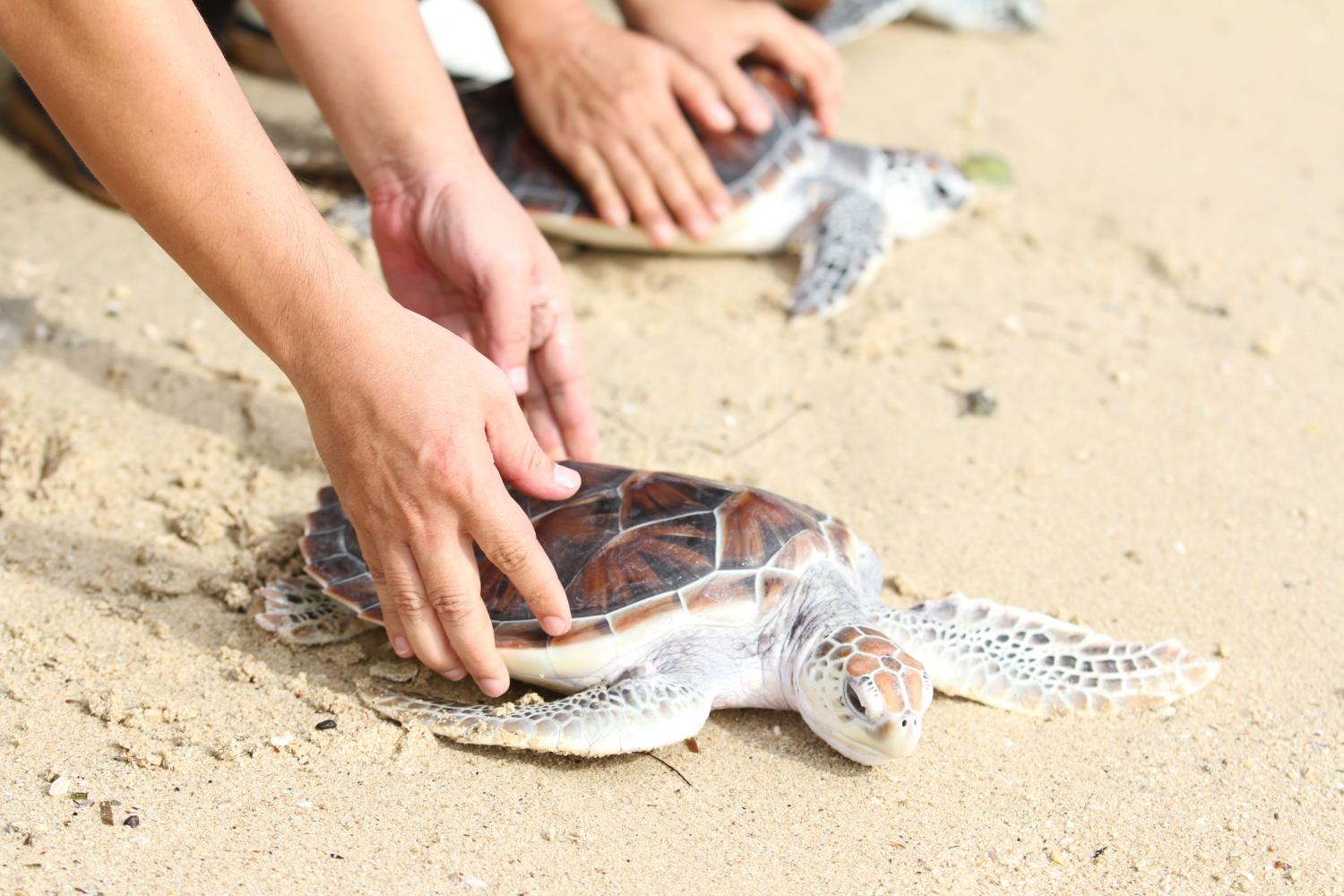 “But we need integration between all stakeholders to complete the whole journey from airport to accommodation, which must also engage with local communities and travel agents,” said Mr Pongsakorn.

Alongside Phangnga’s promotional work, Phuket has been active in sustainable tourism.

The annual PHIST5 conference was held last month in Phuket, which hosted hoteliers and tourism stakeholders from across Asia to discuss sustainable development.

“Once we get the right people together in one location, great things will come out,” said Bjorn Courage, president of the Phuket Hotels Association.

He said sustainability goals could be achieved through engagement with the public.

He said the province is expected to start adopting clean energy for its transport and tours.

Eric Ricaurte, chief executive of Greenview, said pressure to address sustainability is increasing as he works with various stakeholders around the world.

Greenview is a consulting firm that helps calculate carbon emissions and provide sustainability solutions for operators in the hospitality and tourism sector.

In terms of the seafood industry, Maggie Lee, Asia-Pacific lead in global dialogue on seafood traceability at World Wide Fund for Nature, said her organization talked to the Thai government, seafood suppliers and hoteliers about adopting a traceability system that displays the sources of seafood.

This method aims to address modern-day slavery and overfishing in the seafood industry, she said.

She said hoteliers in Thailand such as Accor Group could be the first in the country to pave the way by adopting such standards.

The mountainous nation of Bhutan has long practiced a “less is more” approach to sustainable tourism.

The kingdom recently announced international tourists will be charged a “sustainable tourism fee” of US$200 per person per night this year, increasing from $65, after its borders reopened last month. 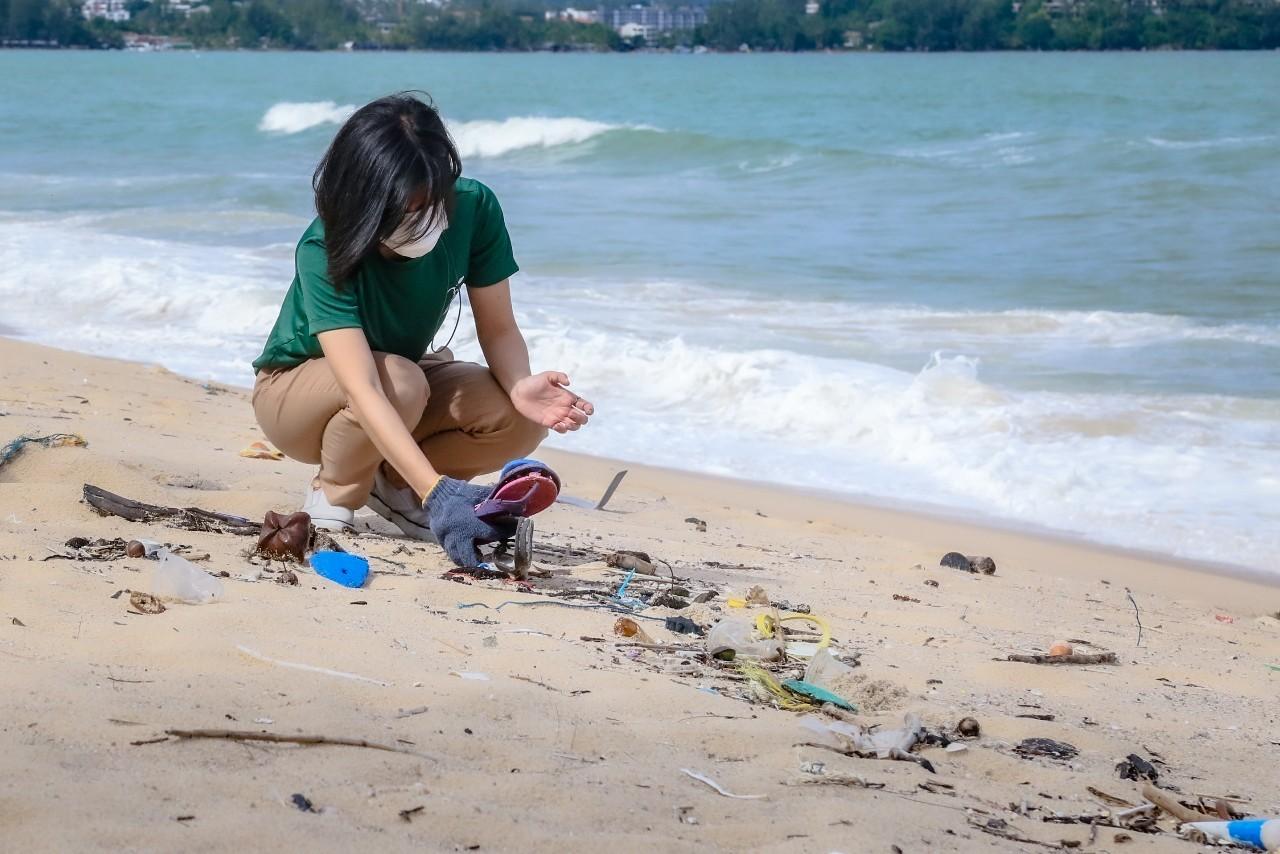 A volunteer is cleaning up beaches in Phuket.

The fees collected from tourists are used for projects that support economic, social, environmental and cultural development, such as free healthcare, free education, and infrastructure upgrades.

The funds are also allocated to sustainability and fighting climate change by planting trees to offset visitors’ carbon footprint and reducing Bhutan’s reliance on fossil fuels.

The country already claims carbon neutral status as it sequestered 9.4 million tonnes of carbon in 2021, compared with emissions of 3.8 million tonnes.

Dorji Dhradhul, director-general of the Tourism Council of Bhutan, said tourism policy is guided by the “high value, low volume” principle, which has been followed since the 1970s.

“We are mindful of how many tourists we can take, and that depends on our carrying capacity,” said Mr Dhradhul.

A limit in terms of numbers might not be specified, as capacity could vary in each natural space and man-made infrastructure, he said.

Mr Dhradhul said high value does not mean gaining high revenues, but rather providing valuable experiences to tourists and encouraging the Bhutanese to respectfully treat foreign tourists as guests.

With Bhutan’s borders closed for more than two years during the pandemic, he said that period was a blessing in disguise for the nation as it was able to stop and think about overtourism in recent times. 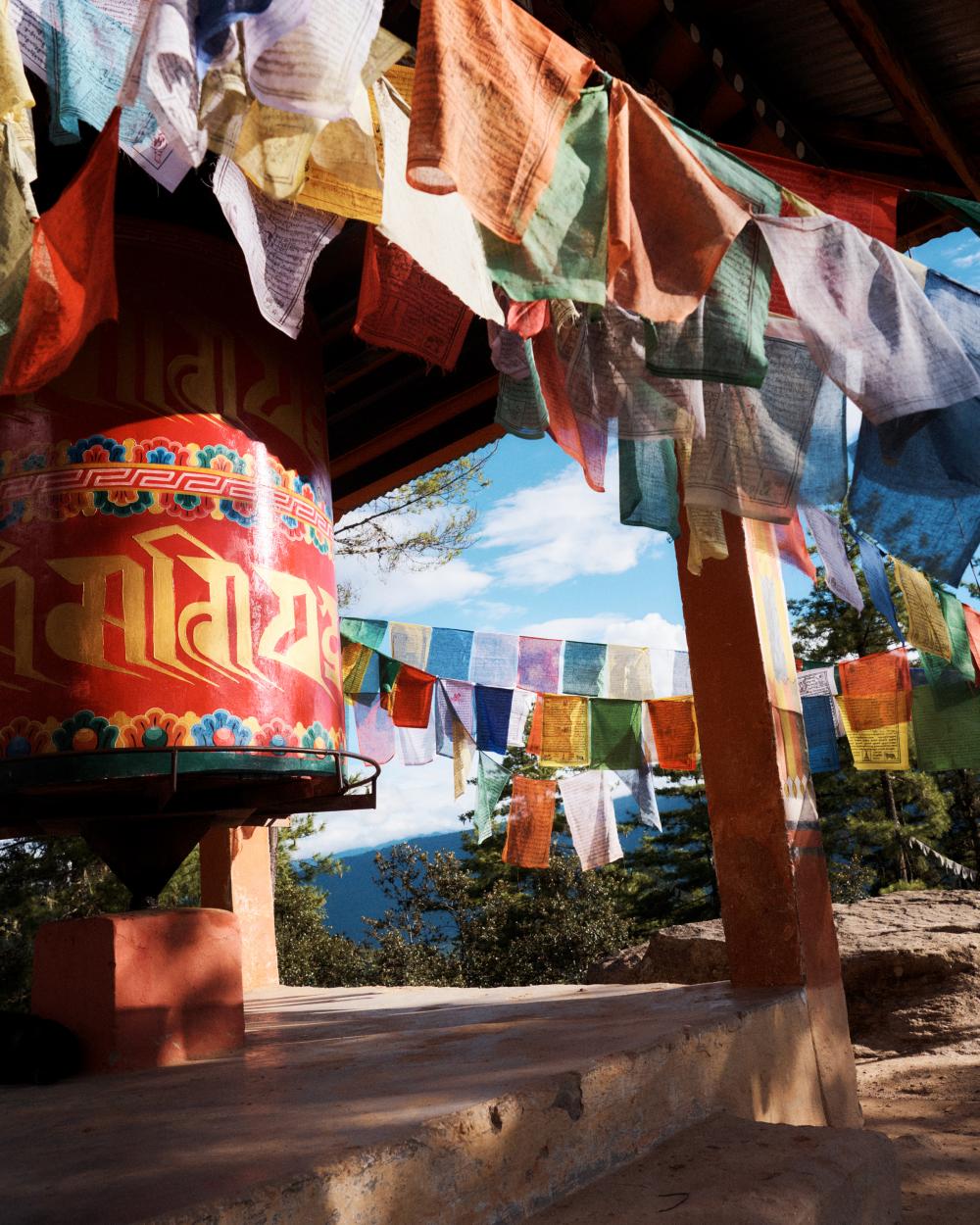 The Tourism Council of Bhutan launched a new campaign named ‘Believe’ after reopening.

Under this theme, the country will encourage tourists to stay in local homestays in rural areas, not only in modern hotels.

“All Bhutanese are expected to be responsible and accountable for tourism in order to benefit from tourism,” he said.

Mr Dhradhul said Bhutan might not be perfect in terms of sustainability, as plastic waste and pollution persists.

However, authorities are moving towards this goal and the country is serious about the issue, he said.

In the next 4-5 years, Mr Dhradhul said he hopes the value of tourism will increase to about 20% of GDP with these strategies, compared with only 7% of GDP in 2019.

‘We can’t live in a world where dogs eat children’

admin - November 27, 2022 0
© Copyright 2022 - www.papansin.com
Manage Cookie Consent
To provide the best experiences, we use technologies like cookies to store and/or access device information. Consenting to these technologies will allow us to process data such as browsing behavior or unique IDs on this site. Not consenting or withdrawing consent, may adversely affect certain features and functions.
Manage options Manage services Manage vendors Read more about these purposes
View preferences
{title} {title} {title}